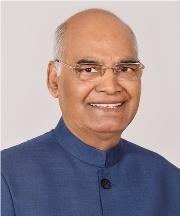 MESSAGE FROM THE VICE CHANCELLOR

The fourth oldest university of the country, established in the year 1887, is acclaimed for its outstanding contribution in nation building. The product of the university has given its best in all sectors and units of the country and abroad – be it the field of politics, administration, teaching, management, law, science, technology and research including defence research, etc. The University in these almost 133 years has produced many great noble souls.